Keynote I: Who Are You? New Approaches for Authentication in Smart Spaces

Abstract:
Smart environments are increasingly offering a range of personalised services which require knowing the identity of the person currently using the space. Widely used authentication methods including fingerprint and face recognition have been shown to be vulnerable. In the first part of this talk, we present a human identification mechanism called Vein‐ID, that uses the vein pattern of an individual's hand dorsum recorded using an off‐the‐shelf depth camera. Vein-ID extracts vein patterns using the depth information and infrared images. Two deep learning models are presented for precisely identifying a target individual from a set of enrolled users. We demonstrate using a comprehensive data set of approximately 17,500 images from 35 subjects that Vein-ID can identify an individual with an average accuracy of over 99%. In the second part of this talk, we show that WiFi signals can be used to uniquely identify people. There is strong evidence that suggests that all humans have a unique gait. An individual’s gait will thus create unique perturbations in the WiFi spectrum. We propose a system called Gate-ID that analyses the channel state information from ambient WiFi signals to extract unique features that are representative of that individual's gait. Gate-ID uses a novel attention-based deep learning model that fuses various weighted features and ignores ineffective noise to uniquely identify individuals. We implement Gate-ID on commercial off-the-shelf devices and demonstrate that it can uniquely identify individuals with average accuracy of 90.7% to 75.7% from a group of 6 to 20 people, respectively. Both systems are resilient to attacks. Unlike other physical biometric identifiers, surreptitiously capturing an individuals's vein pattern is difficult. Furthermore, mimicking an individual's walking style is equally hard.
Bio:
Salil Kanhere received the M.S. and Ph.D. degrees from Drexel University, Philadelphia, USA. He is a Professor in the School of Computer Science and Engineering at UNSW Sydney, Australia. His research interests include the Internet of Things, cyber physical systems, blockchain, pervasive computing, cybersecurity, and applied machine learning. Salil is also affiliated with CISRO’s Data61 and the Cybersecurity Cooperative Research Centre. He is a Senior Member of the IEEE and ACM, an ACM Distinguished Speaker and an IEEE Computer Society Distinguished Visitor. He has received the Friedrich Wilhelm Bessel Research Award (2020) and the Humboldt Research Fellowship (2014), both from the Alexander von Humboldt Foundation in Germany. He has held visiting positions at I2R Singapore, Technical University Darmstadt, University of Zurich and Graz University of Technology. He serves as the Editor in Chief of the Ad Hoc Networks journal and as an Associate Editor of IEEE Transactions On Network and Service Management, Computer Communications, and Pervasive and Mobile Computing. He has been involved in the organisation of many IEEE/ACM international conferences. He co-authored a book titled Blockchain for Cyberphysical Systems which was published by Artech House in 2020. 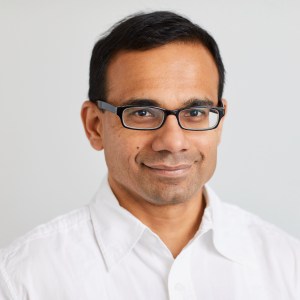 Bio:
Pavan Turaga is an Associate Professor jointly with the Schools of Arts, Media, Engineering and Electrical, Computer, Energy Engineering at Arizona State University since Aug 2017. He obtained the Ph.D. degree in Electrical and Computer Engineering from the University of Maryland in 2009. His research has resulted in new algorithms for statistical analysis on differentiable manifolds, with applications in computer vision, machine learning, and interactive media systems. He was invited to participate in IBM’s ‘Emerging Leaders in Multimedia’ workshop as a graduate student in 2008, and received the Distinguished Dissertation Fellowship from UMD in 2009. He received the National Science Foundation's CAREER award in 2015, and the IEEE Phoenix Section Outstanding Faculty award in 2016. He enjoys working in collaborative teams at the intersection of multiple disciplines including computational, scientific, and humanistic ones. He has served as Interim Director of the School of Arts, Media, and Engineering since Sep 2019.
Abstract:
In this talk, we will discuss recent work in applying techniques from 'functional analysis', which treats observed time-series as functions, allowing us to compute summary statistics of time-series for applications in health and wellness promotion using wearables. Functional analysis methods provide a principled way to reduce variability associated with human movement, and make downstream machine-learning more accurate and stable. to variables such as time-series windowing, time-warping, and intrinsic movement variability. We also provide new advances where these methods have been integrated as layers within deep-networks. We have applied these methods for activity recognition problems from wearables, activity recognition from RGB-D devices, and also recently for street-segment level analysis of bike-ridership from the Strava app. 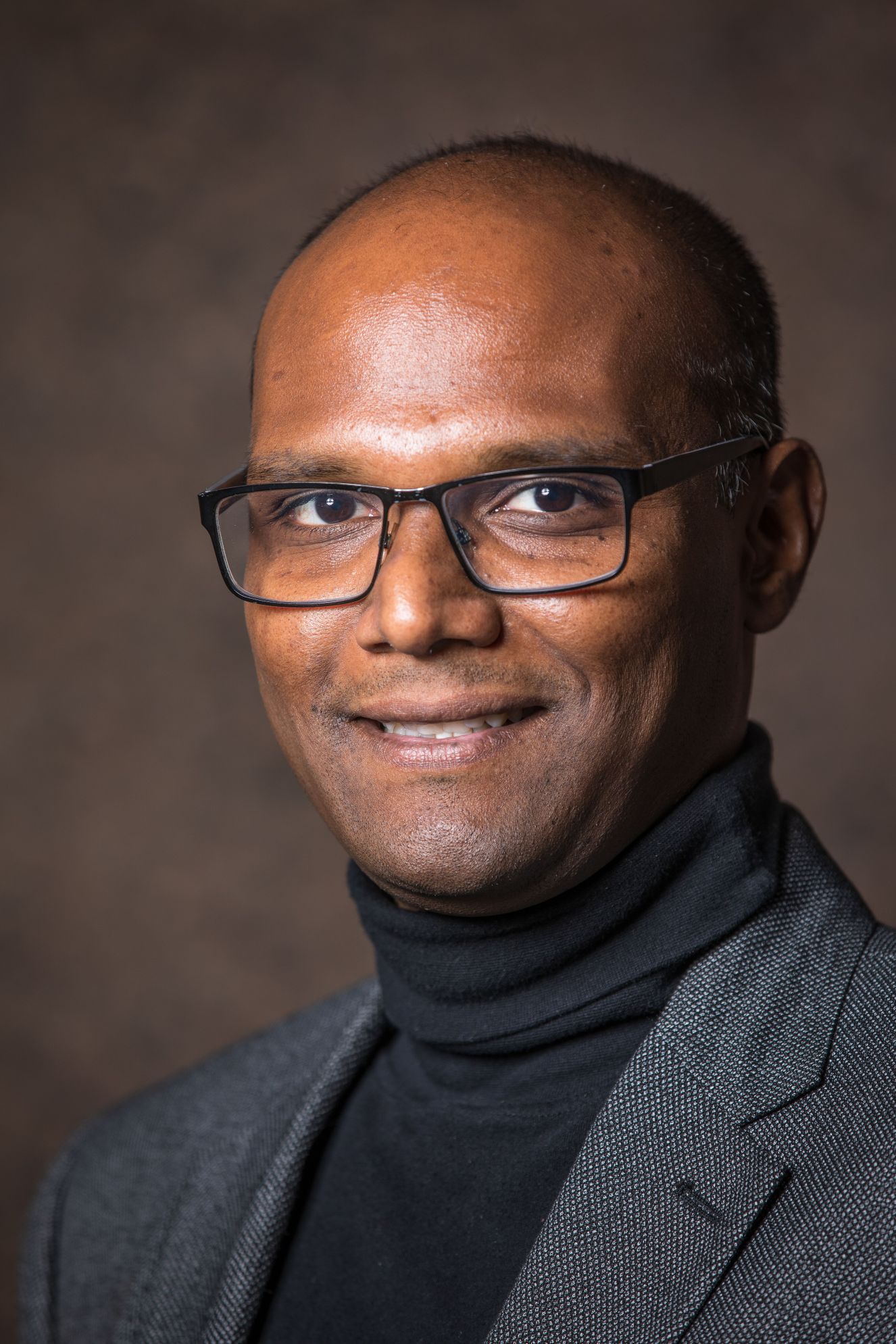 Invited Talk I: The Fabric of Light

Bio:
Parama Pal is currently a Scientist with the CTO Labs, TCS Research. Prior to this, she has held positions in Robert Bosch Engineering and Business Solutions (RBEI) and the Robert Bosch Centre for Cyber Physical Systems at the Indian Institute of Science where her directive was ‘Research and Translation for Impact’. She was a Research Fellow at the Wellman Center for Photomedicine, Harvard Medical School where her work focused on the design, development and translation of high‐speed, minimally invasive, clinical imaging systems using optical techniques. She has held visiting researcher positions at the City University of Hong Kong, Laboratoire de Physique de la Matière Condensée (University of Nice, France) and the Heriot-Watt University, UK. She has an M.Sc. in Physics from IIT Delhi and Ph.D. in Optics from The Institute of Optics, University of Rochester, USA. In 2012, she was awarded the 'INSPIRE Faculty Fellowship’ by the Department of Science and Technology (DST), Government of India.
Abstract:
The clothes one wears are akin to a second skin and can be designed to experience thesame movements as those made by the wearer. This aspect can be leveraged fordetecting and evaluating complex human movements as well as physiologicalparameters by embedding electronic and optical sensors into the everyday items ofclothing. ‘Smart’ textiles sense and respond to external stimuli or environmentalconditions in a manual or programmed manner which typically entails integration withelectrical, electronic, photonic, and wireless body sensor network components toprecisely measure the wearer’s range of movements as well as physiological parameterssuch as temperature, respiration rates, blood glucose levels, pulse rates etc. This talkpresents an overview of smart garment wearables based primarily on fiber optictechnologies and describes a concept for fabric-based motion sensing using optical FiberBragg gratings (FBGs). 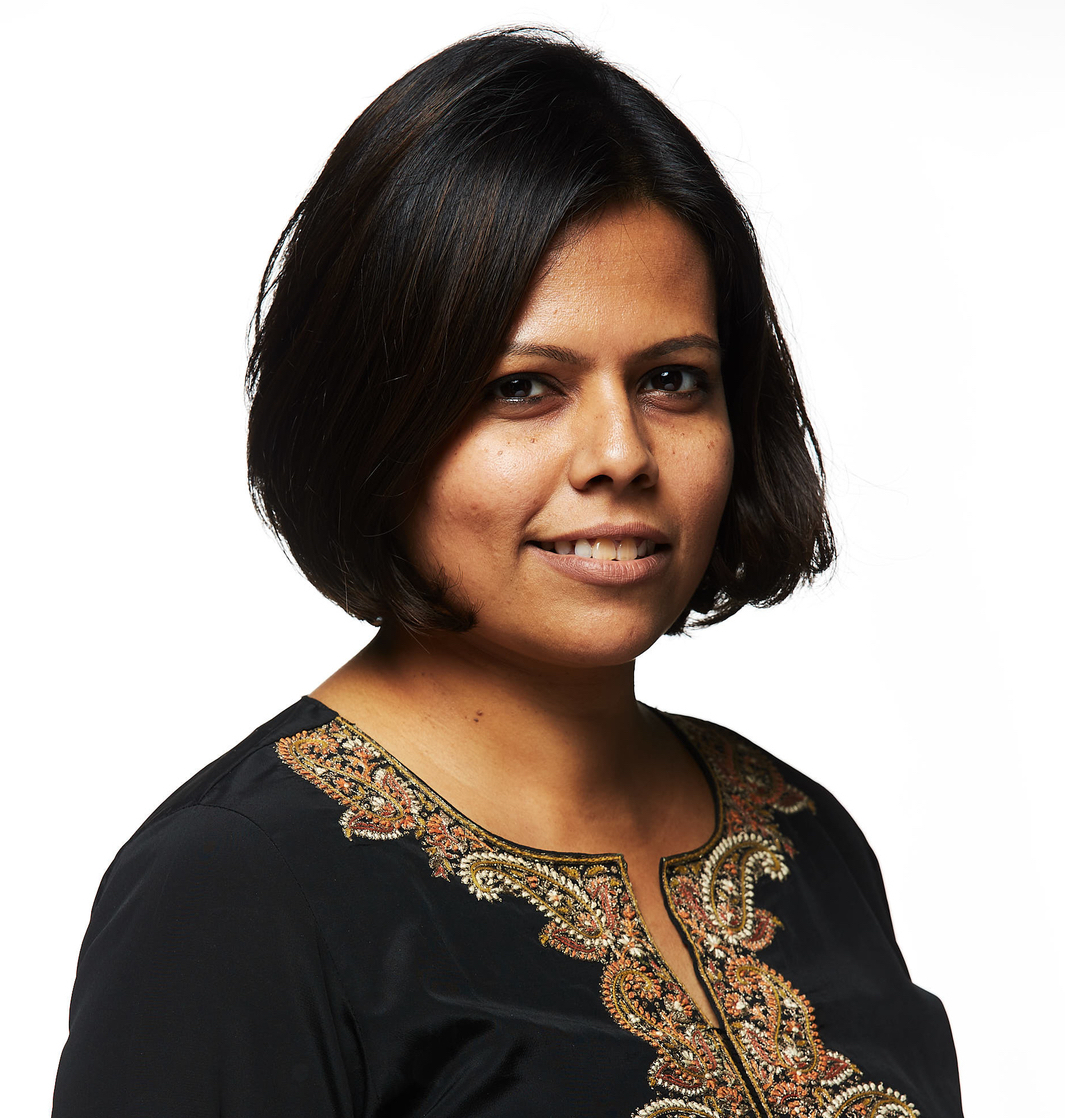 Bio:
Dr Murali Poduval. MS ( Orthopedics) DNB ( Orthopedics) PGDM is a Orthopedic Surgeon and Senior Consultant at Tata Consultancy Services working on Lifesciences Engineering. He is based on Mumbai, India
Abstract:
Orthopedics deals with treatment of bone and joint ailments. The science of orthopedics is closely related to the science of engineering, requiring intimate knowledge of not only physics and mechanics but also metallurgy. It is not surprising , therefore that orthopedics has seen the application and also adoption of technology in an attempt to improve practice and outcomes. Image guided surgery, novel implants, navigation and robotics are some of the examples that one may quote. Wearable technology has a large potential in this field. There have been reports over the last two decades of potential application of wearable technology in various aspects of orthopedic surgery , some of these being sports medicine, joint replacement and spine surgery. The availability of better sensing technology and the ability to apply better ways of analyzing and deriving insights from these signals has , in recent days, led to a re-invention and re-imagination of using novel, custom as well as common wearables in delivering and improving care for orthopedic patients. The clinical utility of these is yet to be proven conclusively, but there is no doubt that unobtrusive wearable sensing will , in the very near future, take its place amongst routine orthopedic care, to enhance outcomes and facilitate good patient recovery even away from the hospitals. 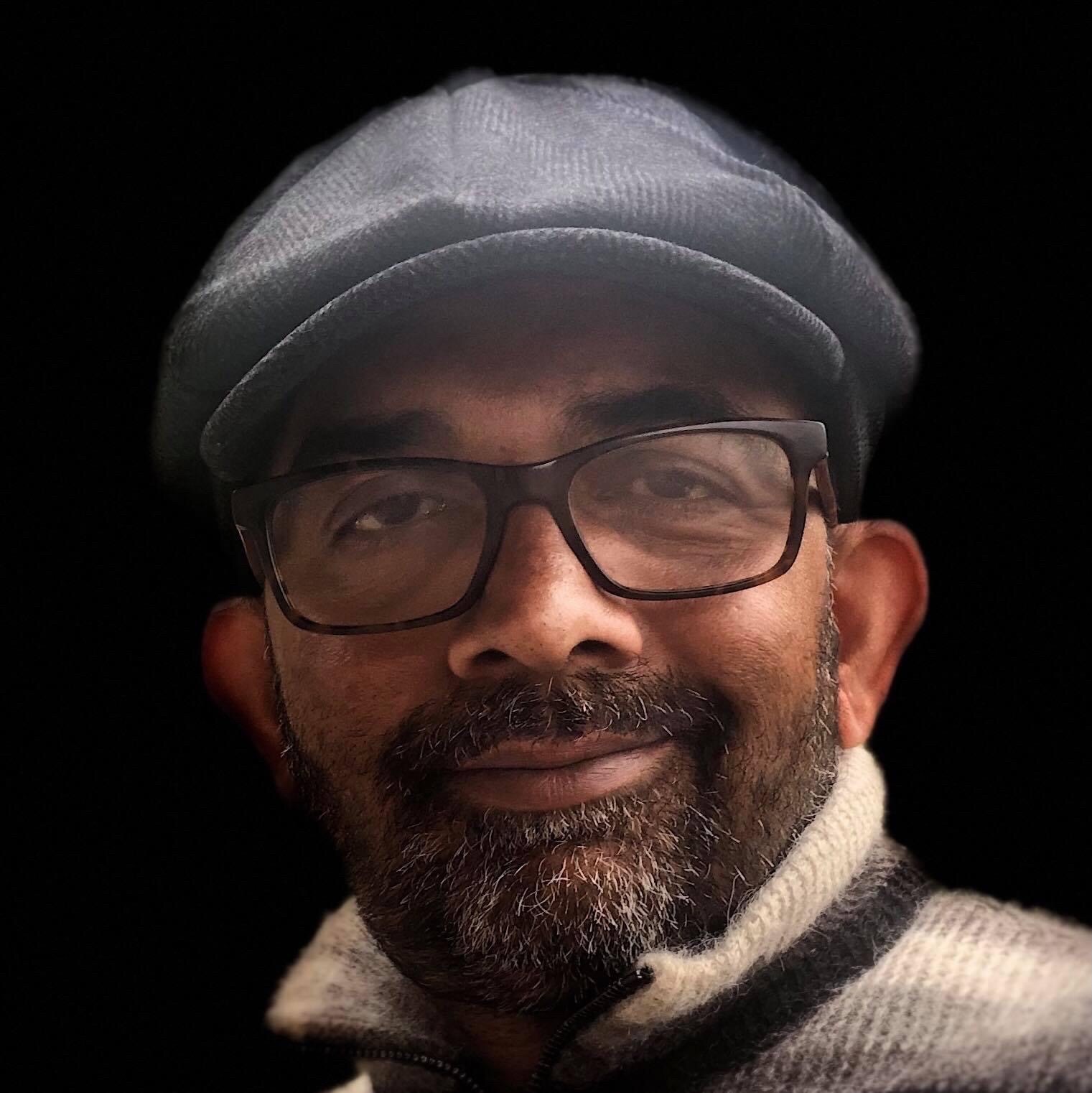 Invited Talk III: How I learned to stop worrying and love fashion

Bio:
Anthony Tang is a tenured Associate Professor in the Faculty of Information at the University of Toronto. He leads the RICELab (Rethinking Interaction, Collaboration and Engagement) group, which focuses on Human-Computer Interaction, Computer Supported Cooperative Work and Ubiquitous Computing. Anthony’s work investigates the design of computational objects that give people new ways of thinking about and interacting with data, and interacting with others. His current research involves exploring how these technologies can and should be designed in the broad framing of domestic or home-based contexts. 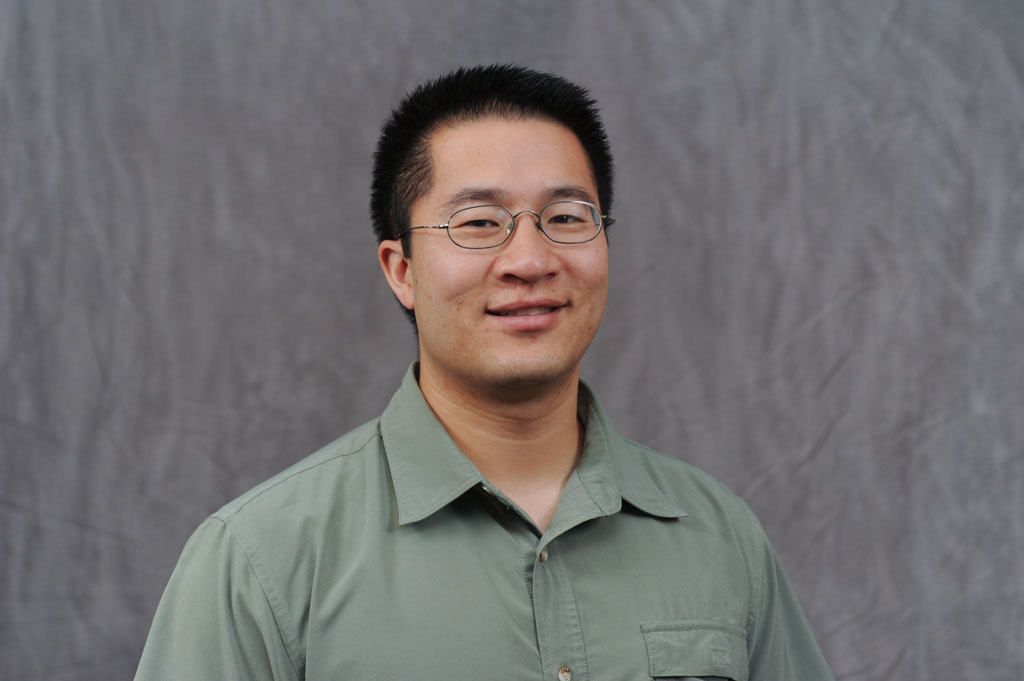